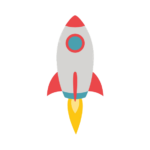 This page is under construction!

This page is undergoing review and maintenance. Please be patient as it gets overhauled with the most up to date information. Apologies for the inconvenience.

The EUSDC starts every year from September to August of next year.

EUSDC is an engineering competition set in a fictional future. Teams will compete to design space settlements for the year 2030 and beyond. In the EUSDC there are 4 competitions/events that you can take part in:

These 4 competitions are split into two types:

In the Country Heats, European Final, and International Final you:

In the Video Competition you:

To enter the EUSDC, register either for a Country Heat or the Video Competition

Country Competitions are the primary way to enter the EUSDC. Country competitions are usually held for 1 or 2 days over a weekend. Teams compete against each other, with each team being given a company to represent within the 'EUSDC Universe'. The week before the competition teams will recieve a program booklet, which will detail the competition ahead. The day will begin early on with students receiving briefings on engineering and management techniques. Afterwards students will recieve a Request for Proposal (RFP) and begin designing their space settlement. Either in the evening or the next day, students will finish off their designs of their space settlements and present their designs to an audience and a group of judges. The group of judges will disappear to decide on a winning team, who when selected will procced on to the European Finals.

The Video Competition is another way to enter the EUSDC. In mid-September a Request for Proposal (RFP) will be posted on the EUSDC website. Teams will have until mid-December to create a 3 minute video in accordance to the RFP. When the teams have submitted their video, a team of judges will examine each video. A small number of videos will be selected by this team of judges. A list of these videos will appear on the EUSDC blog in mid-January. The teams will be able to procced on to the European Final.

The European Final, like the UK final, take place over 2 days at Imperial College London. At the European Final, teams will be joined with each other to make large 'companies' of 40 people or more. The week before the competition teams will recieve a program booklet, which will detail the competition ahead. The day begins early on the Saturday, with teams registering, meeting their companies and recieving technical and management briefing. Finally, teams will recieve their Request for Proposal (RFP) and be able to design their space settlements. Teams will have to communicate and work with other teams they have not met before. The RFP will be larger and more complicated then in any Country Heat. Students will have the entire day in Imperial College to design their space settlements, before moving on to their accommodation for the night, where often designs are continued to be worked on.

Finished presentations are due the next day in the morning to be handed in by hand. Afterwards, companies will present their designs to a group of esteemed judges, who afterwards will delve into the intricacies of your design by asking questions. After the presentations, prizes will be announced for particular individials, and the judges will select a winning company. Members from the winning company will be selected in part by popular vote, and in part by the CEOs and judges, to procced on to the International Final.

The winning company at European final is awarded twelve places at The International Space Settlement Design Competition (ISSDC), held at a NASA’s Kennedy Space Center in the USA. This typically takes place during the last weekend of July or the first weekend in August. The students in the winning company vote for team members to represent their company at the ISSDC. The results of the voting are combined with the suggestions of the company’s CEOs to produce the final list of 12 plus 4 reserves for the EU’s international team.

The experience at ISSDC is very similar to that at EUSDC. The competition starts on Friday evening and presentations to the judges are made on Monday. The length of the competition is 3 days, with a more complicated Request for Proposal (RFP), more departments, and events throughout the competition. You will be competiting with and against other teams in compaines that will involve many other students from many other countries.